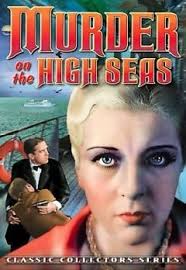 Verna Wilson (Natalie Moorhead) has just won a $120,000 court settlement against John Randolph Sr. (Montagu Love). John’s wife Jane (Clara Kimball Young) believes that he had an affair with Verna and threatens to leave him, but their son Dick (Jack Mulhall) believes in his father. Dick vows to get to the bottom of the situation. Dick believes that Verna and her shyster lawyer (William V. Mong) are just plain blackmailers. He sets out to prove it.

Verna receives a telegram that someone from her past named Jimmy is out of jail, looking for her and on the warpath. Verna needs to get out of town quick but refuses to say why. Co-hort Juan de Leon (Roy D’arcy) and her lawyer book passage for her on a ship “The Rumania” under the alias Vera Wendall. Also scheduled to be on the ship is a rich oil man named J. B. “Lucky” Morrison (Edmund Breese). When Lucky, who is a friend of the Randolph family, can’t make the trip, the Randolph chauffeur Larry (Richard Alexander) goes instead posing as Lucky Morrison. Dick Randolph, having learned from private detective (Gordon De Main) that Verna will be on board, also books passage on the ship. He is using the alias Dick Rowland so as not to alert Verna as to whom he really is. Dick believes that dangling an oil tycoon under Verna’s nose will illicit some interest. On board ship Juan shows up to tell Verna about the rich oil tycoon. Verna is always interested in money and there is nothing else to do on board. Verna begins flirting with not only Morrison but a really old man known as The Baron (Tom Ricketts). Problems develop when Larry, posing as the oil tycoon, falls in love with Verna but Verna begins to fall in love with Dick. In the midst of this Verna’s old boyfriend/husband Jimmy is also on board. He blames Verna for his going to jail and is looking for revenge. “Murder on the High Seas” AKA “Love Bound” was released in 1932 and was directed by Robert F. Hill. The movie is a pre-code poverty row film based on the book by James R. Gilbert. There isn’t much information out there about this movie and some of the stuff available isn’t necessarily correct. That in itself is not unusual for an obscure film. Jimmy’s last name is listed as Wilson and so is Verna’s so it’s pretty safe to assume that they are probably married even though the film doesn’t make that fact clear. It’s not a mystery film it’s just a melodrama. The title is a little misleading. Both titles are. The murder only happens in the last four minutes of the movie and there is no mystery as to who shoots whom. I’m also not sure what love bound means. Either way I found the movie not really to my taste. I also had a few issues with it. First Verna was nothing to write home about. How she managed to get so many rich men interested in her was beyond my understanding. She looked like a hustler. On the ship she had two of them on a leash. I could perhaps understand The Baron being after her. He was as old as dirt and half blind. And as far as Dick was concerned, he wasn’t anything special either. If you like melodramas with slightly sappy endings then you’ll get some entertainment value from it. The ocean liner used in the Bon Voyage scene was the White Star liner Majestic. She started out as the SS Bismarck but was given over to White Star as part of WWI reparations from Germany in 1922 to replace the sunken HMHS Britannic. In 1937 she served as the British military training ship the Caledonia. She caught fire and sunk in 1939. She was raised and scraped in 1943. She was built by Blohm & Voss.